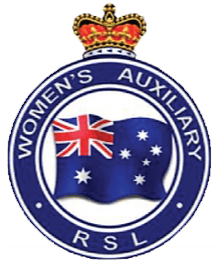 Why don’t you join today!

Who we are and what we do

The Women’s RSL is a voluntary, non-political & non-sectarian organisation founded on fellowship and a strong desire to care for our communities. That same strong desire still exists 100 years later to this very day. We are women 18 years and older. We organise fund-raising events for the well-being of our currently serving Defence Force personnel and their dependents, and our ex-service men and women, their families and children & War widows.

Perhaps you too have a strong desire to assist in any way you can large or small. Perhaps you’ve been feeling you need to have more of a sense of purpose in your own everyday life?

How to join and what’s in it for me?

If you’d like to join the thousands of fun and like-minded women who actually care about our Defence personnel fighting for our freedom everyday, while their own families here at home need support… all are welcome to join us at our meetings for more information. You’ll be able to develop very important Welfare Skills and also enjoy visiting other Auxiliaries when they hold functions where we share our achievements and ideals. You will have a direct positive impact on the welfare of Veterans of all wars and conflicts through your membership and willingness to help in ways large or small depending on your time or capabilities.

Simply download the form. After filling it in, hand it to the Club.

Alternatively, you can fill in the online form.

Close
Send us your request

Information will then be sent you by the Hon. Secretary Mrs. Gwen Imms, Callala Beach Women’s RSL.

We visit hospitals, convalescent homes, make home visits when required, and we raise funds through raffles, street stalls and other functions. We also sell ANZAC badges and remembrance emblems at the appropriate times each year in our local area and with our Sub-Branches. These functions and services assist our Welfare & Benevolent Institution’s Welfare Officers to carry out their ever-increasing duties to provide welfare.

How it all began

The Passionate History of the Women’s RSL

By 1947 an astounding 140 auxiliaries had grown across New South Wales. Thousands of women whose sole aim was (and still is) to continue their support in the ever-increasing need for Welfare. A Central Council of Women’s Auxiliaries was established by the R.S.L. in 1947 through a resolution formed at its State Congress.